The sheets have been updated and can be viewed on the fixtures page of this website and on the notice boards.

In difficult conditions compared to the week before we still managed to have a great day.

12 Teams competed in the round robin format. 3 groups of 4 played 14 ends per game. The winner of each group and the best runner up qualified for the semi-finals.

In the final were Emily Houston and her father Jamie against Alison Granger and Club President Jim Bruce. It was a close contest, but Emily and Jamie managed to get the shots required in the last couple of ends.

Commiserations to the beaten finalsts and congratulations and good luck to the winners,  who now represent the club in the Ayrshire Mixed Pairs later this month.

An enjoyable afternoon was had by all who attended the Jubilee Celebration held at the club.

The club is fortunate to have members who are happy to provide their time and skills and we were presented with a wonderful spread for members and their guests. A big thank you to you all.

It was a perfect afternoon to celebrate the Queen’s 70 year reign.

There are more pics on the gallery page of this website. 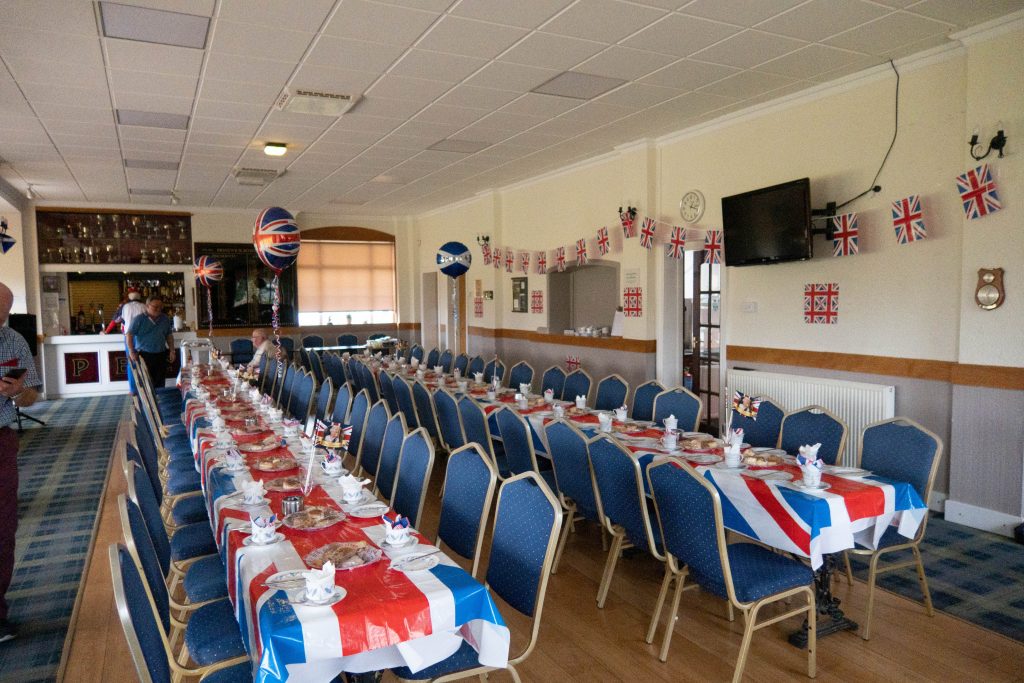 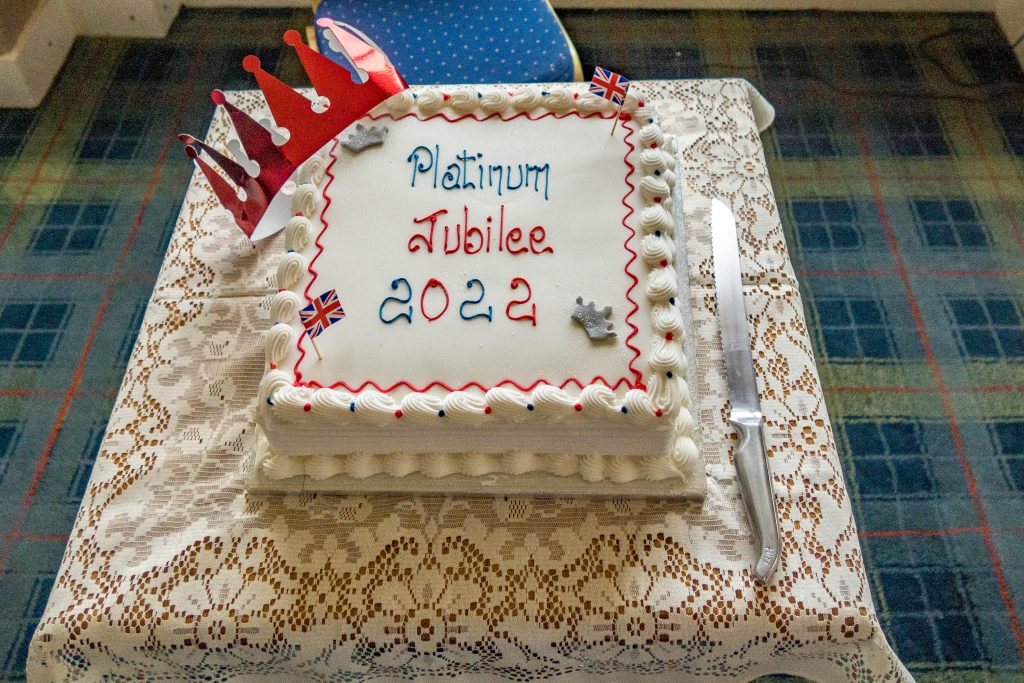 Glowing sunshine set the scene on Saturday 4th of June at Prestwick Bowling Club where participants and guests enjoyed the open triples competition sponsored by Paul Love and Stuart Cadwell. Bowlers from the home club and others in Ayrshire enjoyed a glorious day on and off the green.

The competition was a Round Robin format with 4 sections of five teams competing over 4 games of six ends. Each team recieved a 1hour break to nourish and hydrate themselves. The winners of each section went through to the semi-finals, which were also played over six ends. The winning skips were Robert McCartney, Tom McGowan, Tommy Thomson and one of our sponsors Stuart  Cadwell.

After two closely fought games the the winners advanced to the final .Commiserations to the losing teams led by Tommy Thomson and Stuart Cadwell. Better Luck next time!!

The Final was played over 8 ends and the teams were as follows. Robert McCartney, Sandi Wallace and David Wallace. V   Tom McGowan, Kitty McBain and Alison Granger.

An enthralling final ensued and there was some fantastic bowling from both teams. It was a final befitting such a wonderful day and it went to the wire with a magnificent bowl at the last end trailing the jack into the ditch. This turned out to be decisive and the winning team was Robert McCartney and Sandi and David Wallace.

A hearty congratulations and commiserations was paid to both teams.

The runners up and the winners were then presented with their prizes  and trophy by sponsor for the day Paul Love of Paul Love Joiners and Building Services. A huge thank you to all who paricipated in what was a fantastic day.

Sponsors, guests, caterers, organisers, spectators and last but not least you the members deserve a pat on the back.

Please note that Gents and Senior Gents competitions have been updated to the second round. They can be viewed on the fixtures page of this website.

Press above link to view.

The draws for the ladies 2bowl and 4bowl pairs are now on the fixtures page of this website and on the notice board at the club.

A huge thank you to everyone who played in both sessions of the Drummond Trophy. It was great to see this popular tournament for both Ladies and Gents back on the fixture list. We hope everyone enjoyed the weather, bowls and cameraderie during the days festivities. After both sessions the the top team in each section played a final over 3 ends and the winners ensued. The morning section was won by Carol Philp and Robert McCartney and the afternoon was won by Sadie Bryson and Tom McGowan. The final took place at 5pm and after a close contest the triumphant winners were Sadie Bryson and Tom McGowan. Congratulations and comiserations to both teams. The weather was kind to us and a huge thank you to Jamie and Stuart who ran the competition smoothly and made everyone welcome. A further vote of thanks go to John and Tracy Wallace who catered for players and spectators and to the bar staff for keeping us all hydrated. Well done to all who competed and hopefully we will see you all at our next competition Ladies v Gents on Saturday 21st of May.

All the draws are now on the fixtures page of this website. Good Luck!!

The draws for the Senior Gents Competitions are now available on the club notice boards and the fixtures page of this website.